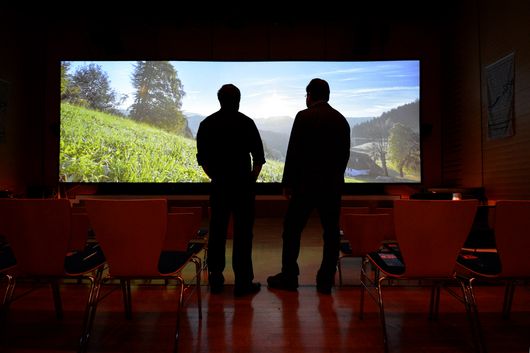 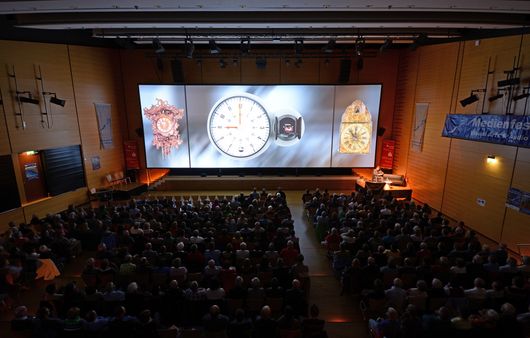 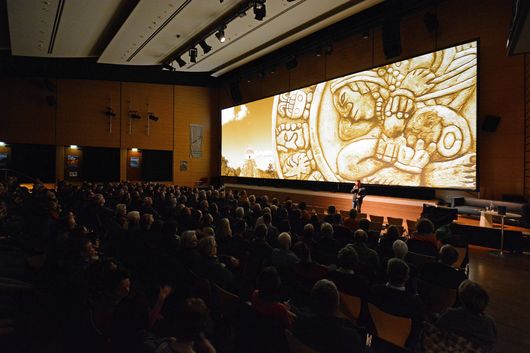 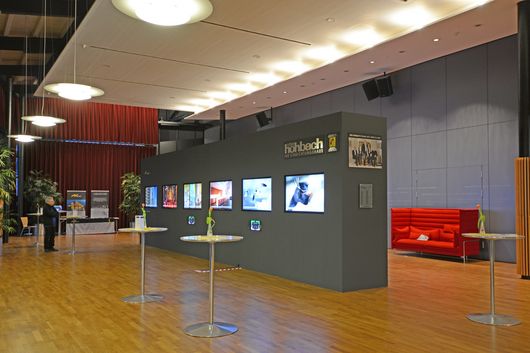 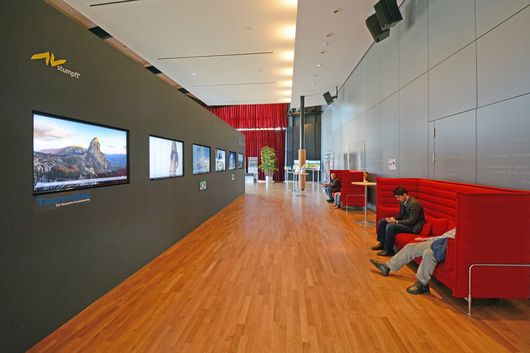 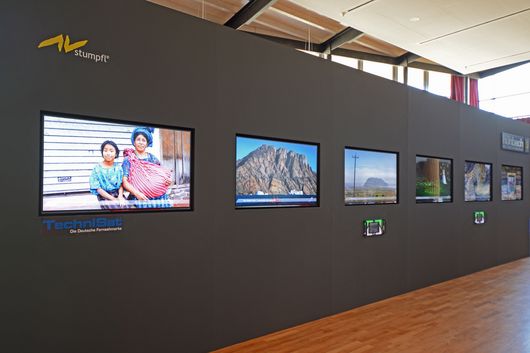 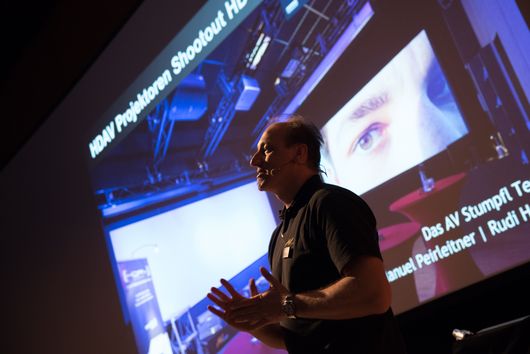 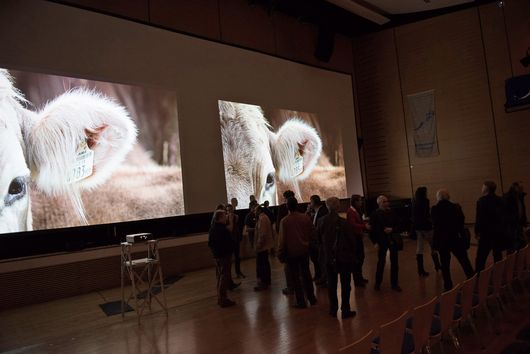 After a multi-media weekend let us look back at the 8th International Media Festival which took place at the Neue Tonhalle in Villingen-Schwenningen from 13th – 15th March. The number of visitors was noteworthy, this year too. There were 4,217 visitors during the 3 festival days. In all we received 624 entries from 16 countries for the festival.

Numerous media-hungry visitors and interested persons were enthusiastic about the varied and entertaining programme. The festival specials from the event series “story VS”, some of which were produced specially for the Media Festival in the impressive panorama format 3:1, conferred an amazing flair on the festival days. A special highlight was the 18m wide panorama projection screen which was brought alive by Wings Engines and two fast Panasonic PT-DZ13.

This year, too, AV Stumpfl provided the entire media technology for the Festival. All contributions and HDAV shows were arranged on two Wings Quad Engines and prepared for redundant operation. Christian Horn from HORNCOLOR programmed an elaborate Wings show to guarantee the smooth sequence of the contributions, HDAV shows and supplementary projections on the screen. An absolutely smooth flow was thus ensured.

Through the informative workshops featuring various topics, such as for example, time-lapse photography, stories go movie, digital asset management, Wings Platinum, amongst others, as well as via our show blocks with exciting productions, we succeeded in presenting a top-class media spectacle.
Rudi Hradil set up an informative projector shoot out in the large hall. The various kinds of technologies were explained and current HDAV projectors were pitted against each other in direct comparison in order to demonstrate the advantages and disadvantages of the systems in practice clearly on the screen.

A 4K photo gallery was presented for the first time, where well-known photographers showed stunning picture material and provided a real feast for the eyes. Windows Stage Engines were used here, too. Each fed three displays with native 4K content. All 12 displays from 4 Wings Engines were played in a perfectly synchronized manner in conjunction with one another.
Once again the festival spectators were fascinated by extraordinary, exciting and entertaining short films and a varied supporting programme.

A selection of photos, information and impressions about the Festival can be found at: www.medienfestival.net.