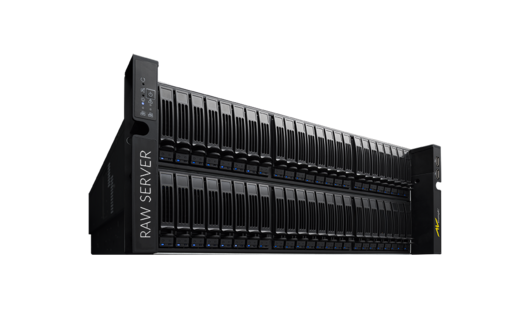 Using a single custom engineered RAID 10 system, Wings Engine Raw is capable of delivering constant data stream of 4-channels of true 4K (4,096 x 2,304 pixels) uncompressed video content at 60fps plus up to 16 text and picture layers, and up to 24 uncompressed audio streams. The server removes the need to convert content into any intermediate codec format. Content can include native picture sequences such as TGA or TIFF and even instant PNG image format processing.

Wings Engine Raw is capable of processing and delivering video content at the full 4:4:4 color sampling ensuring picture perfect quality and colour accuracy for the most demanding of installation environments.

This data system not only features a massive data throughput but also features redundancy. For example, should one of the SSDs fail, the data rate and the system’s functionality in general will not be impaired.

Wings Engine Raw will be demonstrated at IBC 2015 showing how easy it is to use as a reliable storage system of high-volume raw data directly from camera on location, in studios, outside broadcast and in live broadcast environments.

Wings Engine Raw at a Glance