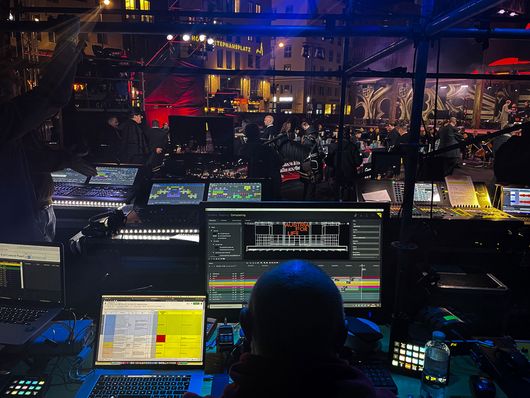 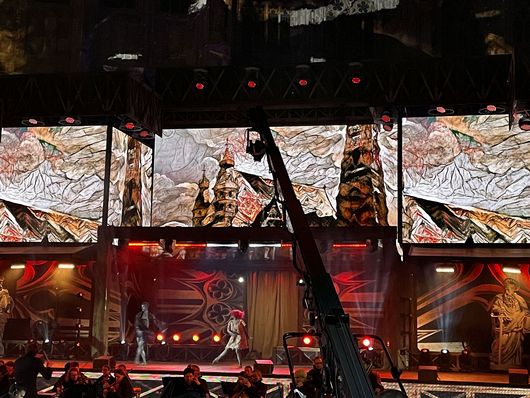 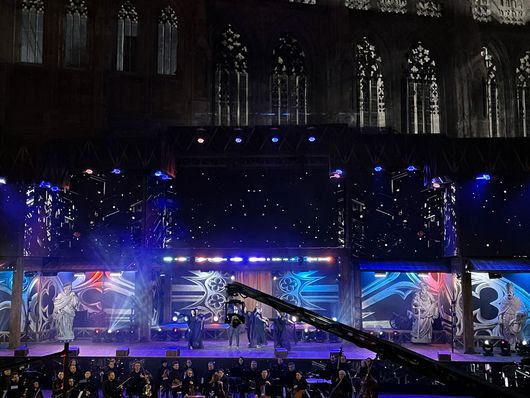 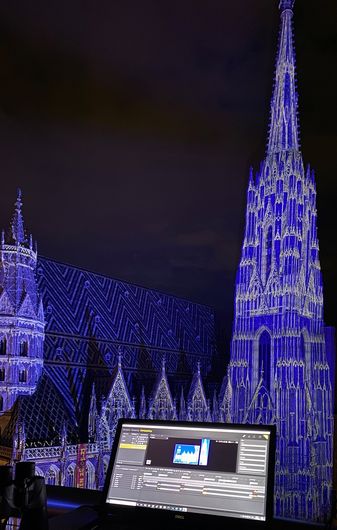 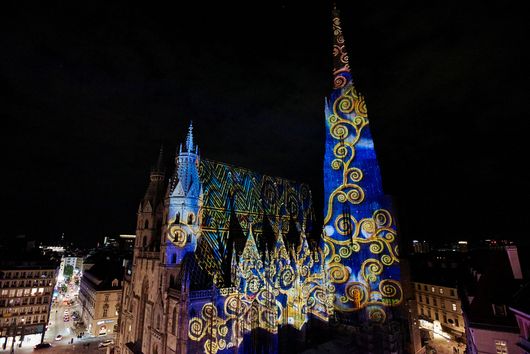 The Austrian landmark par excellence, the Stephansdom cathedral in Vienna, was beaming not just with the enthusiasm of the countless helpers on the 28th May, but also due to the impressive usage of modern media playout display technologies.

The 90-minute-long live TV charity fundraising show was broadcast on ORF 2 and Krone.tv. The project, which had been initiated by the LIFE+ chairman Gery Keszler, supports the aid organisations Caritas, Diakonie, Hilfswerk, Red Cross, Samariterbund and Volkshilfe.

LIFE+ itself supports socially relevant projects that fight epidemic diseases and helps people impacted by them.

A variety of well-known Austrian artists invited the Austria for Life audience to follow them on a trip through Austria’s past, that highlighted the different ways in which the country had successfully dealt with great challenges throughout the centuries.

The Stephansdom’s complete south view was bathed in spectacular video content and light, courtesy of a large number of acclaimed visual artists, using Christie projectors. A large 200m2 LED display acted as a frame for the stage and visually connected the cathedral and the cathedral square below.

4youreye CEO Gerald Herlbauer summarised some of his technical impressions of the live TV charity fundraising show: “PIXERA’s user friendly interface makes the preparation phase a lot easier. Performance and reliability are both on the highest level. Finally, we have found a system where everything, from the planning stage to the pre-visualisation right up to and including the playout works perfectly. The support was equally top-notch. We feel very comfortable with using PIXERA.”